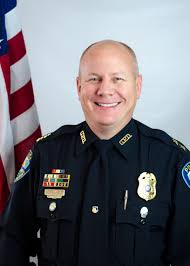 The city of gulfport police chief responded publicly to a video published. Ok, let’s see what it says. Note when reading this try not to let your emotions take hold, but now they’re saying that he tried to force his way into the building. Into an adjacent one yet the narrative in the report didn’t indicate this attempted burglary what so ever.

From the Desk of Robert Vincent, Chief of Police

On 9/4/2020, Gulfport Police were called to the city hall to address a complaint that Jesse Lee had just attempted to force his way into the community development office which was, at the time, closed to the public due to COVID-19. The community development office is in a separate building located in the city hall complex, along with the police department, fire department, and certain public works facilities. Lee had, on prior occasions, made threatening comments to city staff members who work in the city hall complex. Upon learning of Lee’s conduct on this particular date, City Manager James O’Reilly decided to issue a trespass warning to Lee, prohibiting him from entering the buildings at the city hall complex.

A police sergeant delivered the trespass warning to Lee, making it clear that the warning did not apply to open meetings of elected officials. During this interaction, Lee told the sergeant that he wanted to file a complaint against the director of the community development department. The sergeant told Lee that he would have to take that up with the respective department.

After the trespass warning was delivered, Lee got into his vehicle and drove off of the property. He stopped on the adjacent roadway and shouted to officers that he intended to return to the property in fifteen minutes. Officers then had a private conversation which was inadvertently recorded on one of the officer’s body cameras. At no point did any of the officers make any derogatory or unprofessional comments to Lee or any other member of the public.

Let’s tackle private conversation. Police are not privy to private conversations when working. Everything they do is a matter of public interest. There are some exceptions to that with domestic violence victims, criminal intelligence, juvenile and or other situations that fall under marcys law. But calling someone a fucking douche bag is not, and making bets against this guy on who’s going to arrest him. That actually may be illegal u see Florida law (jokingly).

This behavior shows the mentality of the departments. Gulfport is a small department of 32 officers. In those small departments some tend to do what they want and make laws up that don’t exist snd with public, if you create friction for redressing your government they’ll then create several documents against you to attempt to make a file of behavior on you. Rather than get to the root of the issues these departments will retaliate.

A new videos shows another man speaking to the police chief snd I will be sharing that soon on the YouTube page. 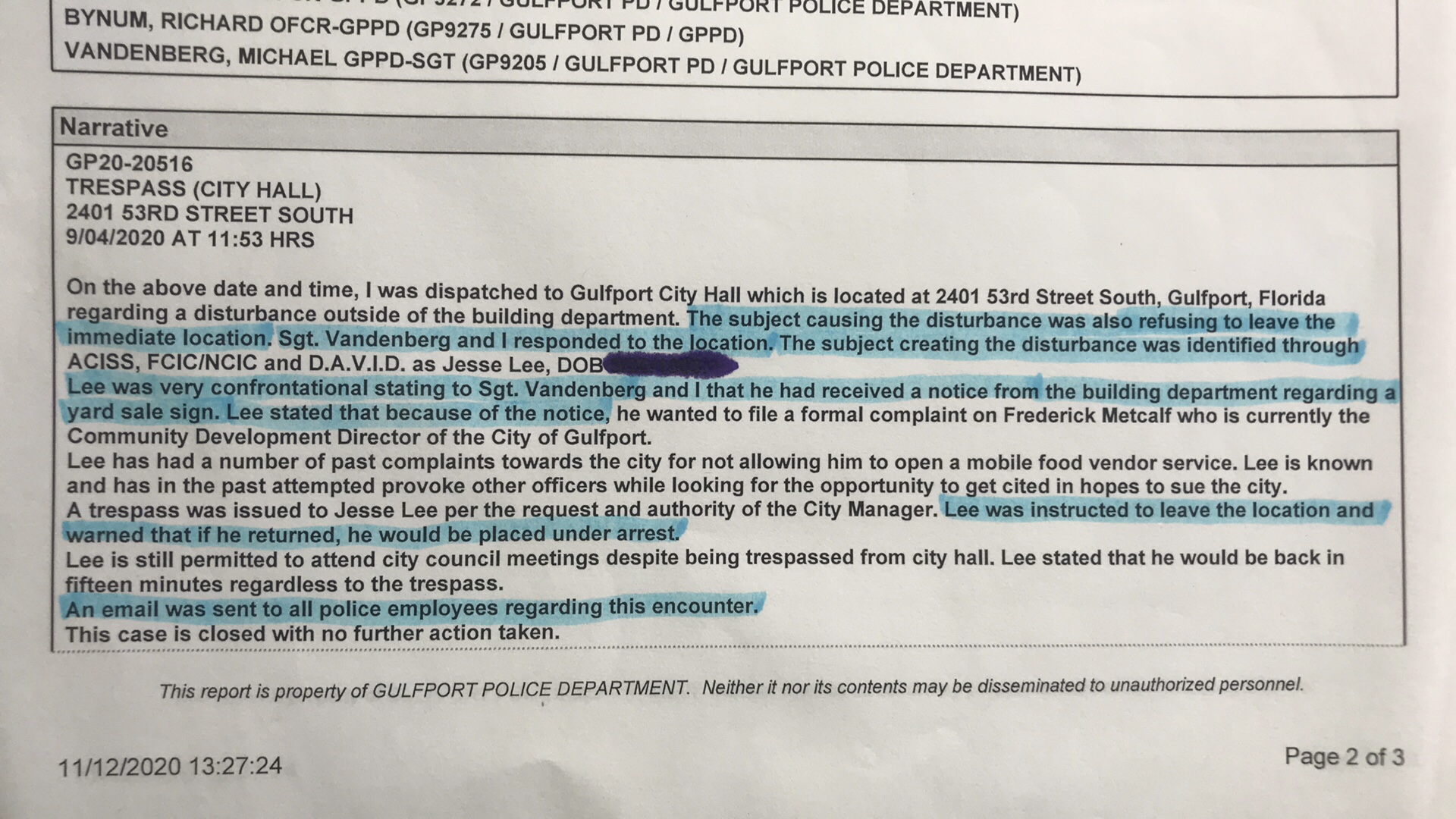