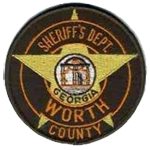 When you hear of a $3 million settlement from a small town in Georgia, you want to go explore. That’s what happened in Sylvester, Georgia with Worth County Sheriff Jeff Hobby.

Hobby and deputies performed an unlawful search at a high school where nearly 900 students were searched, without cause, at Worth County High School. Each student will receive between $1,000-$6,000 who were part of the invasive and unlawful searches.

After learning this, I decided to go to Sylvester and Worth County Sheriff Office. Sylvester Police Department was nice and calm with the exception of an employee who refused to identify herself. When I left there, only 2/10 of a mile away was the courthouse, the jail, and the sheriff’s office.

When I drove through to check the location I turned down a one way street with a sidewalk on the right. There were no sheriff cars, no police vehicles, marked or unmarked, and no signage indicating it was restricted or authorized vehicles only.

So I decided to park my vehicle and walk around as it was relatively quiet and after hours. I was met with an unruly corrections officer/sheriff’s employee who summoned a police sergeant. Sergeant Brown, whose face was that of a typical cop, was now questioning me about my presence. When the corrections officer exclaimed that she doesn’t want her picture taken, Sergeant Brown stated it’s not illegal to do that.

I thought we were going to be on good terms and a clear pass of the first amendment check at the Worth County Sheriff Office, but was I wrong. Sergeant Brown began giving conflicting statements on public and private places that citizens can be. He then stated about how many deputies are in this location coming on and off shift and about a vehicle that was either private, unmarked, or not related to the sheriff office and its presence in the parking lot.

This was becoming frustrating and was becoming one of the most difficult first amendment rights inspections/audits I have ever done. It’s really easy when law enforcement dig their heels in the the sand and say no to everything, but it is more difficult when you don’t know the direction they are wanting to go. Anytime that you are in the presence of law enforcement their purpose is to gather and collect information and determine if they can charge you with a crime or not.

Sergeant Brown indicated that it was a tier 1 contact which means consensual. Even though I asserted my rights in this position the sergeant said he’s not questioning me about anything criminal which is BS because if I had stated I was going to do harm to anybody he would have arrested me.

I continue on, walk around and talk about more of the reason why I’m there. As I’m getting ready to leave, I’m confronted by Sheriff Don Whitaker who immediately came off as a tyrant barking orders, asserting this is his place and that I better listen to him and his deputies. Sheriff Whitaker should have known from the previous sheriff that civil rights are important. He attempted to demand identification from me at which point I refused and continued asserting my rights that this is a first amendment protected activity. In GA, you are not required to produce identification unless a law enforcement officer suspects you of loitering or a criminal offense. Sheriff Whitaker knew or should have known that the county already paid $3 million for a civil rights violation but he carried on.

You can see the full video here.