Baltimore, Maryland – Acting United States Attorney for the District of Maryland Jonathan F. Lenzner; Special Agent in Charge Thomas J. Sobocinski of the Federal Bureau of Investigation, Baltimore Field Office; Colonel Woodrow W. Jones III, Superintendent of the Maryland State Police; and Dorchester County State’s Attorney William H. Jones and Caroline County State’s Attorney Joe Riley provided the following statement regarding the death of Jonathan Newell: This morning agents with the Federal Bureau of Investigation went to the residence of Jonathan Newell, age 50, of Henderson, Maryland, to arrest him on a federal criminal complaint filed on September 9, 2021. Upon entering the residence the agents found Newell suffering from an apparent self-inflicted ##### He was pronounced dead at 6:43 a.m. Maryland State Police will lead the investigation into the apparent S. The criminal complaint has been unsealed and is publicly available, Case No. 1:21-mj-02533-JMC. A criminal complaint is not a finding of guilt. An individual charged by criminal complaint is presumed innocent unless and until proven guilty at some later criminal proceedings. If you or someone you know would like assistance obtaining counseling regarding this matter, please contact the FBI Baltimore Field Office at (410) 265-8080. 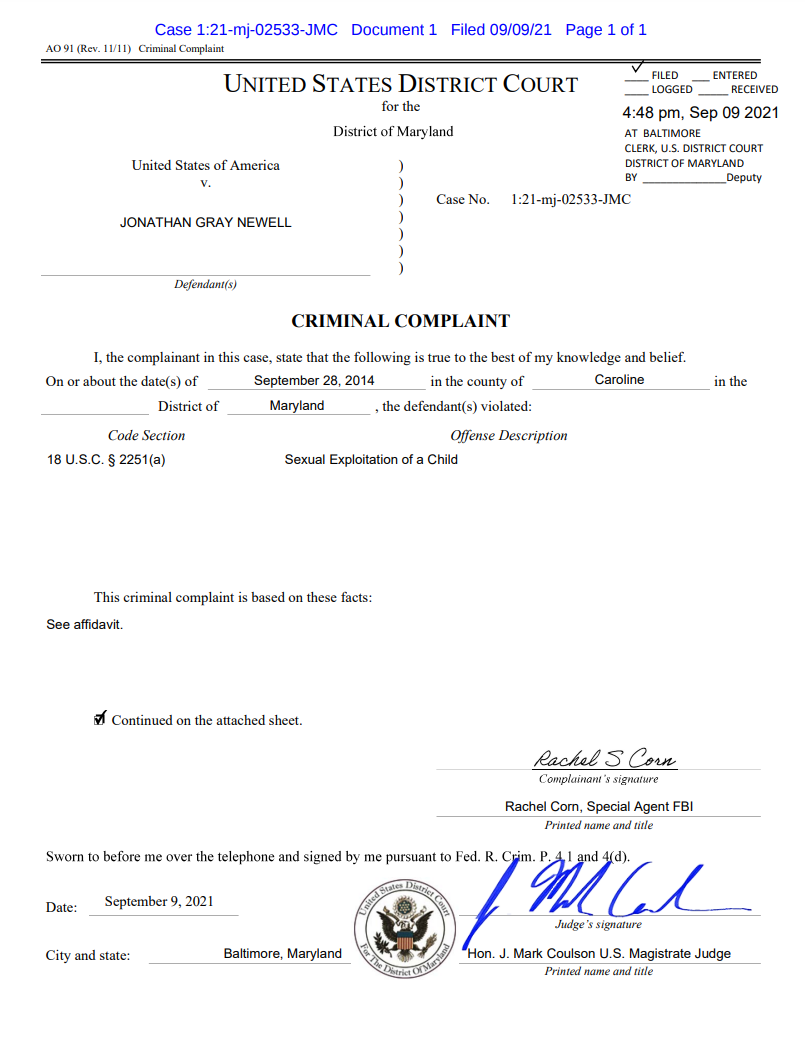