Is The City Of Gulfport Florida Targeting Minorities and Discriminating?
admin
February 24, 2021
12:40 am
1 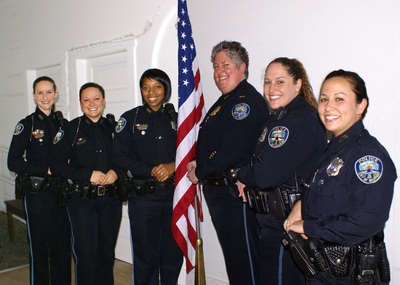 Jesse Lee has a small business that he operates at special events or where crowds tend to gather. He sells ice cream from a mobile cart regularly travels to conduct his business. He has a state permit to do so. The state of Florida prohibits local governments from making further laws against food carts.

The city of Gulf Port seemingly singled out Jesse and began giving him tickets for not having a permit despite the code citing it has to be in conjunction with a special event permint.

Jesse has since let his license laps and lost his business due to continued harassment and citations being issued despite preemption in florida!

After Digging a little the chief of police attempted to prevent me from getting a complaint form, The police denied Jesse also the very same complant form I had to fight to get. Here's my reply to his denaill

It's come to my attention that a man Jessie who resides operates a business within in your city has had his rights potentially violated and general basic fair and equal treatment within your city. The allegations he brought to me are detrimental to society, progress, and overall a healthy community.  This email will serve as a notice to you to effect a change and follow the law and policy set forth within your department and treat all people equally and fairly without discrimination.

The governor has already provided guidance on food trucks, carts, and businesses that have the right to establish and conduct business within the state of Florida. Your agency is issuing citations for permits and maliciously prosecuting individuals who I notice that you are accredited which means that you have a standardized policy that most police agencies have. I have CC'd the FDLE manager and Commander Stone in this email to bring you back to compliance.

(http://www.gulfportpolice.com/accreditation.html) This page shows you serve as the assessment team that does onsite reviews, your department is in violation of policy from the videos I have watched.  While this program is a voluntary system and without fluff, bullshit, you've still elected to be a better agency that serves the community and clearly failing to do that.

A couple of requests that need to be made are giving me access to any previously released and redacted videos that have been prepared as a public record and released for Jessie that you stated the video was pulled for him on September 18th 2020 at 1:31 PM. His email is mrjessele@gmail.com if that allows for an easier search.

Provide Jesse at his email address today a copy of a BLANK complaint form to fill out to - mrjessele@gmail.com retraining on police you wrote relating to filming in public Coordinate and facilitate with him rescind an unlawful trespass that was issued for city hall.

Copy of trespasses that you have issued to Jessie at businesses in your city. It's being conveyed that these trespasses are solicited from businesses by your officer in which Jesse was not even on the property.

With regard to your trespass and the rescinding of it, Florida Courts have a well-established opinion and rule for trespass from public property.  While you stated in an email on September 18th 2020, "We just convey the message" In this case, this is not correct, you are an agent of the city and the law enforcement of that city.

Several Case laws prohibit trespass from the public property unless certain conditions apply. Redressing the government doesn't apply. Unless you have a criminal offense that took place and he was charged then this trespass in issued unlawfully according to the courts' opinions in your jurisdiction. Do the right thing and stop discriminating against minorities and certain sexual, lifestyle and other orientation -

One thought on “Is The City Of Gulfport Florida Targeting Minorities and Discriminating?”